In a dramatic, moving work of historical reporting and personal discovery, Mark Whitaker sets out to trace the story of what happened to his parents, a fascinating but star-crossed interracial couple, and arrives at a new understanding of the family dramas that shaped their lives—and his own.

His father, "Syl" Whitaker, was the charismatic grandson of slaves who grew up the child of black undertakers from Pittsburgh and went on to become a groundbreaking scholar of Africa. His mother, Jeanne Theis, was a shy World War II refugee from France whose father, a Huguenot pastor, helped hide thousands of Jews from the Nazis and Vichy police. They met in the mid-1950s, when he was a college student and she was his professor, and they carried on a secret romance for more than a year before marrying and having two boys. Eventually they split in a bitter divorce that was followed by decades of unhappiness as his mother coped with self-recrimination and depression while trying to raise her sons by herself, and his father spiraled into an alcoholic descent that destroyed his once meteoric career.

Based on extensive interviews and documentary research as well as his own personal recollections and insights, My Long Trip Home is a reporter’s search for the factual and emotional truth about a complicated and compelling family, and, ultimately, a son’s haunting meditation on the nature of love, loss, identity, and forgiveness. 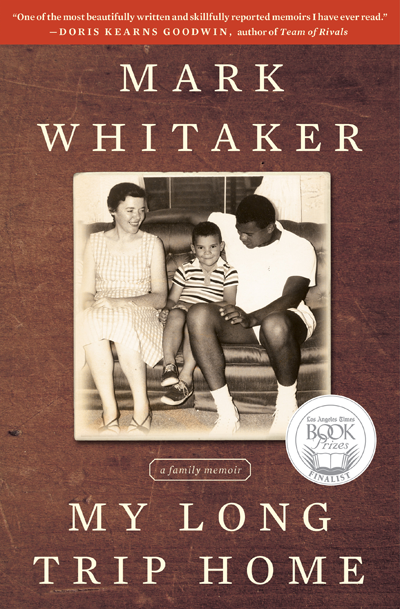 "A deeply moving history of family relations and racial identity."